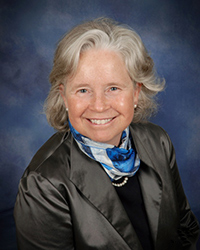 Ms. Donovan is the Participant and Plan Sponsor Advocate at the Pension Benefit Guaranty Corporation (PBGC). She was selected by the PBGC Board of Directors to serve in the newly created position under the Employee Retirement Income Security Act (ERISA).

Ms. Donovan acts as liaison between PBGC and participants and plan sponsors of defined benefit plans. The Advocate helps participants with the full attainment of their rights in plans trusteed by the corporation and assists plan sponsors in resolving disputes with the corporation. The Advocate may also propose changes to PBGC administrative practice to mitigate problems as well as suggest legislative changes to address systemic problems.

Ms. Donovan’s prior government service includes the U.S. Department of Treasury where Ms. Donovan was Pension Counsel to the Office of D.C. Pensions and the U.S. Department of Labor where she assisted the Secretary of Labor with the Department’s oversight of the PBGC. Ms. Donovan was also the Chief Executive Officer of the $6.5B New Hampshire Retirement System, the former General Counsel and Executive Director of the District of Columbia Retirement Board and General Counsel of the Montgomery County Maryland Board of Investment Trustees.

Ms. Donovan spent most of her career in business with NCR Corporation where she worked as vice president and held a variety of increasingly responsible positions in the areas of employee benefits, mergers and acquisitions, and employment law. In addition, Ms. Donovan served as a member of the National Association of Public Pension Attorneys Executive Board and Investment Committee Co-Chair. Bar memberships include Maryland, Massachusetts, New Hampshire (retired), and the District of Columbia. Ms. Donovan began her career with the United States Office of Personnel Management in Boston, MA. 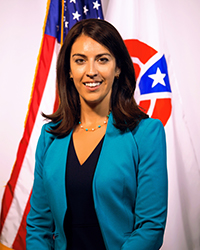 Ms. Castro joined the Office of the Advocate in October 2015 as the Senior Associate PBGC Participant and Plan Sponsor Advocate. In this role, she supports the Advocate and helps participants and plan sponsors resolve disputes with PBGC. She also assists participants who are looking for information about their lost pension plans

Ms. Castro previously worked in the Office of the General Counsel at the U.S. Department of Treasury where she was counsel to the Office of D.C. Pensions. She also worked as a staff attorney for the District of Columbia Retirement Board.

Ms. Castro graduated from Boston College with a B.A. in Economics. She received her J.D. from Syracuse University College of Law where she served as Form and Accuracy Editor of the Syracuse Law Review. She received her LL.M. in Taxation with a certificate in Employee Benefits Law from Georgetown University Law Center. She also earned a Certificate of Achievement in Public Plan Policy from the International Foundation of Employee Benefit Plans and a Certificate of Completion for the Behavioral Insights and Public Policy Program at Harvard Kennedy School. In 2019, Ms. Castro received the Young Practitioners’ Award from the International Pension & Employee Benefits Lawyers Association. She is barred in New York and the District of Columbia.

Ms. Spreiser joined the Office of the Advocate in October 2022 as Associate PBGC Participant and Plan Sponsor Advocate. In this role, she supports the Advocate and helps participants and plan sponsors resolve disputes with PBGC. She also assists participants who are looking for information about their lost pension plans.

Office of the Advocate

Issues at a Glance

Issues at a Glance Archive